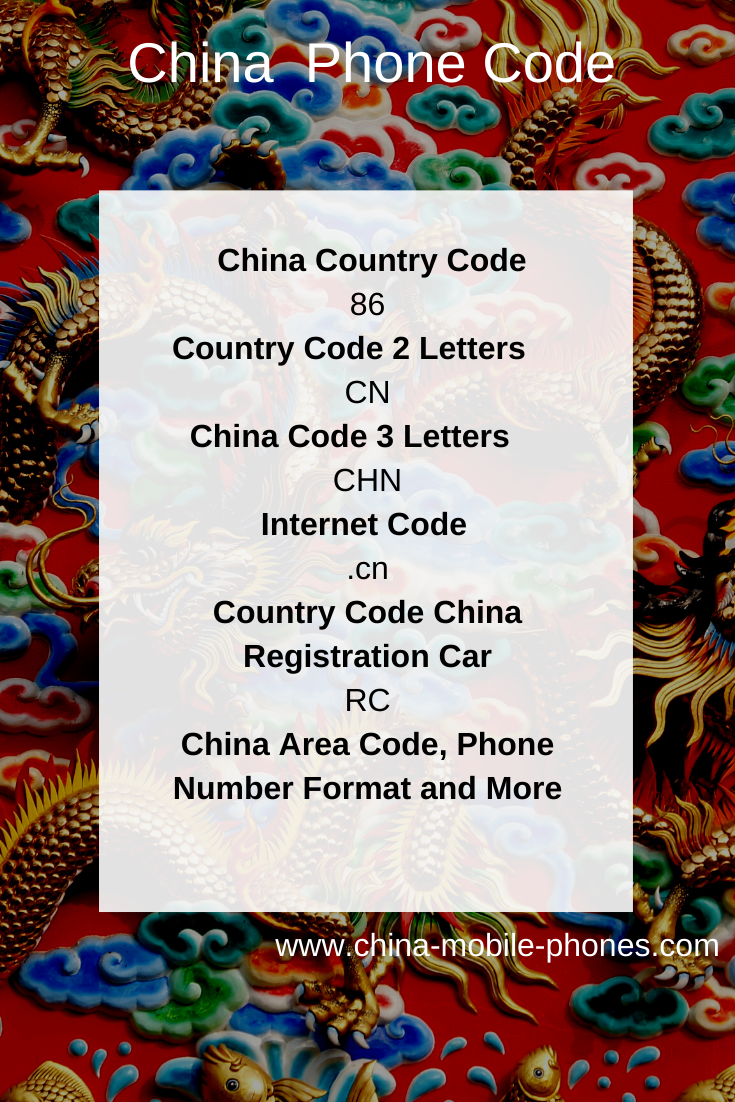 How to make phone calls to China

To be able to call internationally, you need to take a few steps to get this done. First and foremost, it is important to use the correct international exit code. Then you need the correct country code, the correct region number, and finally, the correct telephone number. Only when all these steps have been completed can you make your call to China.

By entering 0086 before the specific telephone number, you in fact indicate that you want to call China. A country code is called a country code and often the country code or even the area code. To give a small example. If you call the fictitious number 3854 8513, you write it down on your device as 00 86 3854 8513.

The area code is also a synonym for the country code and is therefore +86 as far as China is concerned. However, the full area code is not only the +86 but also the area code. This region number is intended to indicate the exact location in China and can be 3-4 digits long. Given the immense size of China and its gigantic population (there are more than 1.3 billion Chinese), it is quite logical that there are an awful lot of region numbers. So it's a good idea to look it up. Then enter the local phone number and check the local time and you can call.

Please don't add an area code when you call a mobile number, starting with +86 followed by the mobile number.

When adding the contact's phone number, start with a plus sign (+).

Then enter the country code followed by the full phone number.

Note: A country code is a numeric prefix that must be entered before the full national phone number to call another country. You can search for the country code you want online.

How Many Digits is China Phone Number?

When entering international phone numbers, type the plus sign + and the country code, followed by the local number.

See the examples below.

The mobile phone number in mainland China starts with 1 (92 and 98 are reserved for the future) and has 11 digits. The first 7 digits are usually called the mobile phone number, which can be used to distinguish the operator and the place of belonging, and its role is similar to that of a fixed telephone area code, but it does not correspond to each other. Example: 1XX-YYYY-ZZZZ

After the implementation of portability, the mobile phone number can no longer reflect the current operator for users who have successfully carried out the portability transfer (but it can still reflect the place of belonging, and some third-party recharge platforms can still obtain the actual operator information), so the content shown in this article is only applicable to mobile phone numbers that have not carried out the portability transfer.

When calling a non-local mobile phone number (regardless of the actual location of the called party) from a landline in mainland China, you must add 0 to the dialed number and the call will be charged at the domestic long-distance rate.

The first four digits of the 11-digit mobile phone number in this type of number band are used to distinguish the base operator, and the number is resold by the base operator to the virtual operator. Find China virtual mobile numbers.