How to Unlock China Mobile Phones

Despite the fact that most Chinese mobile phones are not tied to a carrier, or locked, in a few cases a mobile phone can be locked to a particular provider's subscriber module (SIM) card.

If this is the case, here is a few simple steps how to unlock China mobile phones:

Note: after done the unlock steps above, GSM network should available; but if you replace another new card, you must repeat the above steps at that time.

How to Unlock China Mobile Phones by China Unicom APP 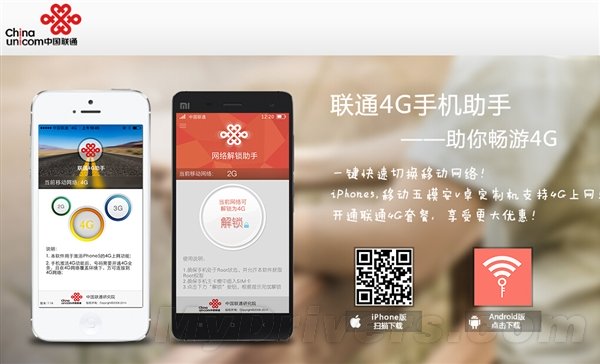 Method of using this software is also very simple, make sure your phone has root, allows the software to obtain root permissions. Then you make sure the main card slot to insert sim card, and opens a network connection (WiFi). You click the unlocking button on the software, waiting for a while you can complete the unlock. Unlock method is very simple, of course, the premise is that your phone supports China Unicom 3G or 4G on the hardware. Mobile phone software will automatically detect whether the phone supports. This app currently in Chinese language only.

That means, if your China mobile phone originally does not support WCDMA (3G)/FDD-LTE (4G), it can be used as GSM (2G) only even it is unlocked.

How to Unlock China Mobile by Getting a Code

Chinese versions phone from primary mobile phone producers could be unlocked exactly the same manner as other language editions cell phones. The precise process will be different somewhat, with respect to a maker and version. Special unlock processes are contained with the codes for the mobile phone.

Get a Code to Unlock China Mobile Phones Handset.

Sometimes, the phone company in China may supply the code. Please find main Chinese phone manufactures list as follows. You may send an request to ask a code.

How to Unlock China Mobile After Had a Code

If it's not going to, purchase an unlock code from an on-line source.

The steps after you had the code from an online shop:

*The above unlock methods or services is for general information only. China Mobile Phones does not accept any responsibility for any loss which may arise from reliance on information contained.

More on Top up Minutes