Beijing, founded centuries ago, it’s the capital of the largest country in the world. It’s home to nearly 18 million people and countless businesses. Its Haidian district, west of the downtown area, has become known as the Silicon Valley of China. At some point, you may be traveling here on business. If you do, here are some advices to keep in mind.

If you start using your cards in Beijing or other cities in China, and you haven’t told the issuer, it might well freeze your card because it suspects your transactions are fraudulent. Prevent this problem by telling the issuer in advance. When you call, ask the representative to “remark” your account; that is, to make a notation in your customer record that you’re in China. However, be aware that even though your card may be “good,” some bank ATMs might still might not permit you to make withdrawals. You may have to shop around to find one that does. 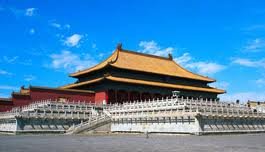 If you start using your cards in Beijing or other cities in China, and you haven’t told the issuer, it might well freeze your card because it suspects your transactions are fraudulent. Prevent this problem by telling the issuer in advance. When you call, ask the representative to “remark” your account; that is, to make a notation in your customer record that you’re in China. However, be aware that even though your card may be “good,” some bank ATMs might still might not permit you to make withdrawals. You may have to shop around to find one that does.

Yes, maybe you could take care of it after you’ve arrived Beijing, perhaps by sending a secure e-mail via your online Internet account. However, by that time, you’ve probably already experienced the dreaded “transaction denied” or the “current balance: ¥x available balance: ¥0″ messages on the ATM screen and you’re under stress. For your peace of mind, it’s better to address the issue beforehand.

In fact, ATM withdrawals should be done only as a last resort, because the currency exchange rate there is generally less than what you could get if you actually converted U.S. dollars into Chinese renmenbi (RMB).

Please don't use your Paypal account in China. If you used your Paypal account to make a payment in China, Paypal found that you had used a foreign country IP address. They may suspect your payment authorisation. Then, your account can be freezed until you go home to send them documents they needed.

No checks in China

Businesses and individuals in China neither use nor accept personal checks. China banks will not accept a U.S. check to open an account or for currency exchange, and China bank accounts do not offer personal checks. While traveler’s checks are accepted in theory, you will run into delays and possible problems if you offer them. If you’re staying for a longer period of time and need to pay expenses, you’ll need to either pay cash or pay via your bank’s Internet Web page account.

When trying to use electrical devices in another country, you must consider two factors: First, will your plug physically fit the outlet? And second, is the voltage compatible? Don’t assume that just because the plug fits, the device will work. If the voltage is incompatible, you risk damaging your device or causing a fire.

The majority of outlets in Beijing, as well as in the rest of China, look like this:

It might be possible to use your existing cell phone and carrier while in China. However, doing so could be expensive.

Cell phones in China use a GSM 900/1800 MHz frequency, different from the United States. Before you plan to use your own phone in China, check its specifications. Many phones are capable of operating both in the United States and China. Once you confirm that your phone is China-compatible, check with your carrier to see how (and if) you can make and receive calls while you’re there. Most important, check the rate you will be charged. Chances are, you may end up paying as much as U.S.$2 per minute, if not more. This high rate may make you consider alternatives to your regular carrier.

If your phone is China-compatible and unlocked, you can use a China SIM Card (prepaid). In that case, you can remove your current SIM card (and keep it in a safe place) and insert the prepaid one. If you don’t have such a phone already, you’ll need to get one before you arrive or purchase one in China.

If you’re expecting people to call you, they need to know the country code for China (86). If they are calling you on a land line in Beijing, they also must know the city code for Beijing (10). Note, however, that cell phones do not have city codes. Therefore, people calling your cell phone should dial the 86 followed directly by your cell number.

Even if your China Mobile SIM card lets you call numbers only within China, you still can receive calls from outside China.

When you receive your restaurant bill or taxi fare, the printed amount is the amount you pay. There is no tipping.

If you’re trying to find your way around Beijing, in particular trying to determine street names from street signs, be aware of a major difference from the United States. That blue street sign that hangs above an intersection, parallel to a cross street does not tell you the name of that cross-street, as it would in the United States. Rather, it tells you the name of the street you’re on at that moment. If you look closely, you will see an arrow on the sign, pointing “up” or “ahead.” That sign is saying that if you continue going straight, you will continue to be on the road that is named by that sign.

Sometimes, that blue sign will have multiple names and multiple arrows (”up,” “left” and “right”). In that case, the left and right arrows do indicate the name of the cross-street.

You may want to carry bath tissue and napkins or paper towels with you, because public restrooms, even in restaurants and hotels, may not supply them. Those air dryers merely circulate possibly germ-laden air.

Be aware that taxi drivers generally do not speak English. If you’re going to a particular destination, it’s best if you know its Chinese name, not just its English name. For example, rather than tell the driver, “Forbidden City,” you’re better off saying, “Gugong.” If you’re going to a restaurant, store, or hotel, a good strategy is to call the place as the taxi arrives, explain that you’re coming by taxi, hand the phone to the driver and have the driver talk to that person.

The charge for a taxi in Beijing is ¥2 per kilometer, and this fact is displayed on the taxi window. The minimum charge is ¥10, but this fact is not displayed anywhere.

More Service for Your International Trip:

How to make or receive calls in China

Check if your cell phone unlocked